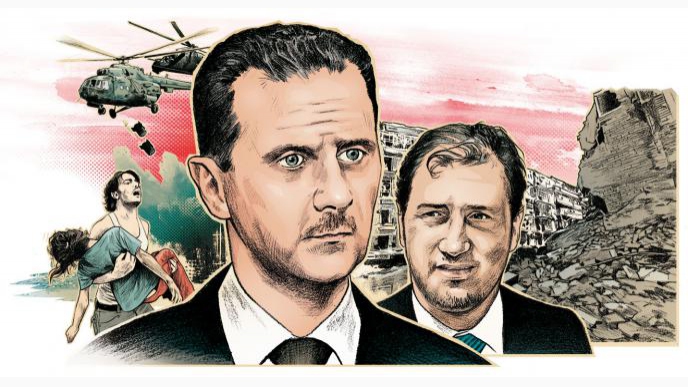 During “Panama Papers” investigation, Rozana worked on the story of Rami Makhlouf, the cousin of the head of the Syrian regime Bashar Al-Assad.

It also worked together with International Consortium of Investigative Journalists (ICIJ) and dozens of international press organizations, on important stories about people and companies who provided fuel and other supplies to help the air force bombard.

“Rozana worked with ICIJ to expose the impacts of Syrian air forces’ bombardment of various parts of Syria along with the destruction of infrastructure and human casualties brought by it. In addition to shedding light on independent companies and their legal interaction with international companies in order to smuggle their money and hide it overseas.” said Will Fitzgibbon, a journalist at ICIJ in an interview with Rozana.

Fitzgibbon saw that the awards Panama Papers has won were because it is “the largest investigative report carried out so far, not only in terms of magnitude but also insofar as its general effect is concerned and the results we have seen and the resignation of politicians. Also, the number of investigations in Panama Papers which exceeded 100 was a sufficient criterion for award granters to observe the volume of the investigations that have been carried out and their work and their worldwide impact.”

“We see this effect on different levels through the resignation of some prime ministers and ministers in Iceland and Spain as well as the arrest of many independent taxpayers in other countries like Canada, Australia, France, Panama and Uruguay after they were subjects to investigations and accountability. Several investigations are still being carried out,”Fitzgibbon said.

Panama Paper group began to make reports since early 2015. the Group of Journalists worked on millions of confidential e-mails and corporate documents written in Arabic, Chinese, English, French, Russian and Spanish and used reports and documents from six continents

Together with more than 100 partners and other media outlets around the world Rozana has been involved as a unique Syrian news outlet in the investigation of fraudulent documents that expose large corruption cases of politicians and state leaders, including Syrian President Bashar al-Assad and members of his family.

The Polk Award for financial journalism for this year, sponsored by Long Island University, has been awarded to the Panama Papers investigation.

Rozana was the only Syrian media outlet to participate in the completion of the Panama Papers’ financial investigations, along with more than 100 partners and other media outlets around the globe, to collect and obtain leaked documents that reveal gigantic corruption files of politicians and heads of states, including the president of the Syrian regime, Bashar Al-Assad, and members of his family.

“The Polk Prize is an important recognition of the value of cross-border investigations. This project would not have been possible without the contributions of colleagues and partners in other media outlets,” said Gerard Ryle, director of the International Consortium of Investigative Journalists (ICIJ).

The George Polk Journalism Awards are granted every year to acclaim adventurous exclusive investigations that garner significant media attention, in honor of journalist George Polk, the CBS correspondent who was killed in 1948 while covering the Greek civil war.

Among the winners of this year’s Polk Awards are The Washington Post, National Public Radio (NPR), and the New York Times.