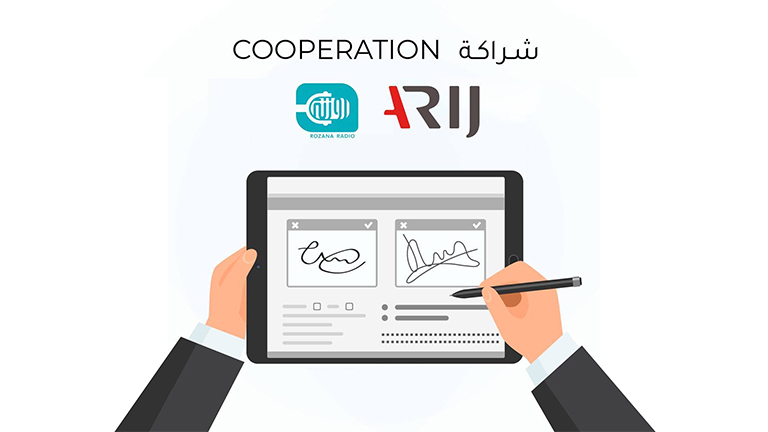 Rozana Media Foundation has signed  a memorandum of understanding with the Arab Reporters for Investigative Journalism (ARIJ) on establishing professional cooperation and publishing of joint investigative work, in addition to developing cooperative coordination in the field of training, research and networking.

This step came to reinforce the Foundation’s goal of supporting investigative journalism, as Rozana has participated in Syria in-Depth project funded by the Guardian Foundation and the International Media Support Corporation (IMS) over a period of three years. The Foundation is also working in partnership with the Syrian Investigative Reporting for Accountability Journalism (SIRAJ) in the production of investigative projects and podcasts.

Rozana was the only Syrian media outlet to participate in the Panama investigations/ papers, along with more than 100 partners and other media outlets around the world, to collect and search for leaked documents that revealed prominent corruption files involving politicians and states’ leaders, in addition to taking part in the investigations of the “Russian Laundromat” and “European weapons” along with Arab and international media institutions.

ARIJ is the first media network in the Arab world to pioneer investigative journalism in the Arab region following a modernist and professional approach.

Rozana Media Foundation started in the French capital Paris mid-July 2013, to open later in 2014 a program studio in the Turkish city of Gaziantep in 2014.

Since its inception, the Foundation has launched a radio station that broadcasts programs online via its website and Smartphone application, as well as FM waves in Turkey and northern Syria.

Rozana presents an important set of investigations and journalistic reports on its official website and social media platforms, in parallel with providing in-depth and entertaining topics both in its programs that interest and affect the Syrian society, in addition to covering aspects of life in Syria with high sense of objectivity and professionalism, away from any political or religious agendas.

Rozana focuses while preparing its programs on the Syrian citizens, at homeland and abroad, primarily on the social level and the changes that have occurred in the Syrians’ lives in general, whether at home or in the different countries of asylum.

Rozana established its training centre (RMD) in 2018, whereby it works to qualify trainers and cooperate with them to train a large number of Syrian journalists and citizen journalists.

The Foundation has been working recently on a “training project targeting media institutions in Yemen” focused on training four Yemeni radio stations, in order to produce humanitarian and community content that gives priority to civilians and allows them to express themselves, interact and benefit from various media platforms in improving their daily living conditions and create a better future for themselves.

ARIJ is the first network in the Arab region dedicated to instilling investigative journalism in Arab media in accordance with an advanced and new methodology in newsrooms.

ARIJ’s mission is to raise the standards of investigative journalism, as an essential component of free societies based on documenting facts and conducting in-depth investigations to search for facts from multiple sources.

ARIJ has been a guarantor of transparency, accountability and provided a platform for a diversity of views and perspectives over the last decade.

Rozana Media Foundation is participating in the eleventh ARIJ Investigative Journalism Forum, which will be held at the end of this month at the Dead Sea resort in Jordan for a period of three days.

Rozana competes with an investigative investigation that exposes the corruption of military recruitment departments in Syria. The investigation was produced in the editorial room of Rozana by colleague Malek Al-Hafez, and is participating in the ARIJ Investigative Journalism competition for the category of written investigations.

The forum, organized by the awards-winning Arab Reporters Network for Investigative Journalism (ARIJ), is expected to attract more than 400 media professionals and investigative experts from the region and the world to benefit from 50 training sessions and workshops to explore how technology and digital tools can improve research and coverage methods, which are pivotal for strong accountability journalism.

The 2018 Forum is titled “The Future of Investigative Journalism: Trends, Tools and Technology Systems,” which are issues of immense importance amid the rapid development of digital tools.

The forum offers training workshops on blockchain technology and artificial intelligence, fact-checking, physical safety rules and cybersecurity, as well as online investigation tools, understanding and analysing company records, and virtual reality, in addition to new trends of data journalism and storytelling, and other headlines about mobile journalism and podcasting.

Participants will also have the opportunity to learn how to combine traditional journalism and media technology. 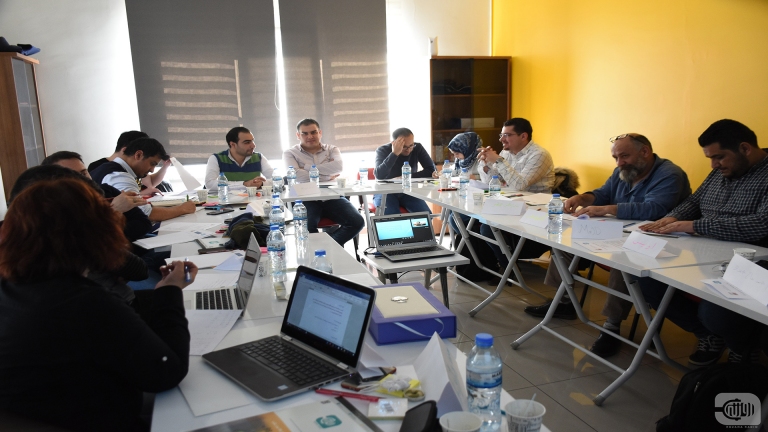 Last Sunday, Rozana Media Organization completed the training of trainers that it held at its headquarters in Gaziantep, southern Turkey, for 7 days with the participation of professional journalists, directors of institutions and directors of 10 Syrian media organizations departments.

The training session is the first part of the training project of Rozana Training Center SMS in cooperation with the Asfari Foundation and the International Media Support organization. There will be other stages of training trainers and cooperating with them to train a large number of journalists and Syrian citizen journalists throughout the upcoming period.

On Friday, the 7th ARIJ media forum’s opening ceremony was held in the Jordanian capital, Amman, under the slogan “Arab Media: The Battle for Independence,” with the participation of 320 media professionals, including Arab and foreign experts and trainers, specializing in investigative journalism, to discuss the implications of the increasing decline in media freedoms in the region and the rise of the wave of disseminating fake news and usurping the essence of media work.

Lina Shawaf, Executive Director of Radio Rozana, who participated in the forum, said in a phone call that the event will last for three days, during which “there will be 30 training workshops, a lecture and a dialogue session, especially on the topic of journalists’ safety in conflict zones. The forum will also focus during one of the workshops on Techniques for investigating human rights violations in Syria and Iraq.

Shawaf explained that “most of the forums and conferences are focusing on the escalation of Arab authorities’ campaigns against freedom of opinion and expression, especially after the recent events in the region, and these forums began to attract Western journalists who support media freedom in the Arab World.”

Regarding the treatment of Syrian journalists in the Arab countries, Shawaf said that during her arrival to Amman from Istanbul airport to attend the forum, “I was stopped just because I was Syrian, and there was no other problem, which astonished me a great deal. I was not arrested, but other Syrian journalists who were going to participate in the conference were detained and returned to Istanbul, while those who were allowed to enter were interrogated, as was the case with me, for no other reason but our Syrian nationality.”

Shawaf expressed her regret at the status of journalists saying: “Unfortunately, I do not know where we have come to, and why these restrictions are imposed on Arab journalists in general and Syrian journalists in particular.”