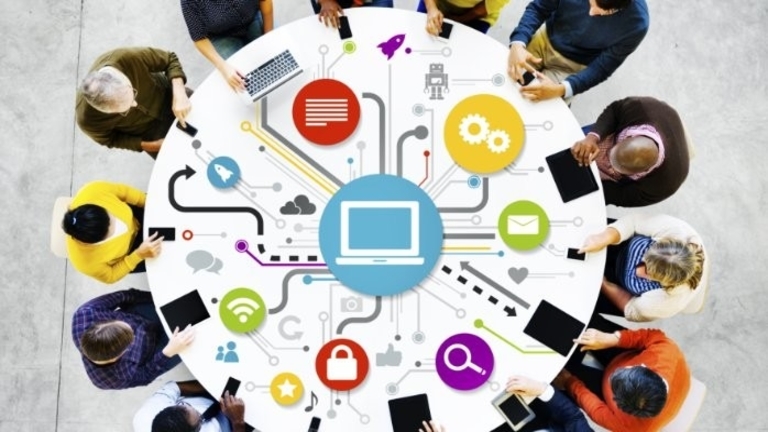 The third session of the new cycle of webinars provided by the International Center for Journalists was held on Tuesday 18 January. The new cycle is carried out in partnership with the Meta Journalism Project in connection with the expansion of the Social Media Solutions Program.

The session was chaired by Mais Katt, a journalist and media trainer at the “Ram Center for Media Development” affiliated to the Rozana Foundation. The session was titled “Influence Creation and Building of Digital Societies”, in which she discussed special basic knowledge keys of how to build digital societies and utilizing them in journalism, in addition to change-making through the tools and platforms of social media such as public and personal pages, stories feature, chat and events.

Since the concept of “digital societies” is not properly clear among men and women journalists, the trainer commenced the session by raising the following question: What are digital societies? Then she explained that digital societies are a group of people who use the Internet who:

Katt indicated that the digital society is broader than the traditional one. It is a society that is not specified by languages, geography, terrain or religious affiliation. It is scattered and still under formation because the Internet is the basis of its existence.

After clarifying the concept, the trainer presented a number of examples of digital societies, including:

How to target the audience correctly?

First: knowledge of the audience

During the session, Katt showed an image of a person who appeared to be screaming in the street, then she said that many publications of the media institutions are not interacted with. She explained that the reason behind this is due to the fact that the image presented of the person represents the lack of interest of passersby to the idea of the person, because he was screaming about it amidst people who do not care about its topic. She warned of targeting an audience that is not interested in content, so it is critical for media institutions to target the right audience.

Katt also discussed the subject of algorithms, she said that social media sites do not adopt the principle of transparency and clarity regarding access algorithms, indicating that whenever more people interact with pages and groups, the chance that your posts on main social media platforms becomes greater.

Katt provided some instructions on speaking the same language to everyone, she said:

It is also important to learn about digital habits, which include:

The trainer talked about the change that has occurred in the channels through which content is shared. Where digital channels have widely spread, including digital radio, social media, email and various applications.

Then, Katt presented a model for a digital society, which is the journalists’ group of the International Center for Journalists, and explained that the community interacts on the group’s Facebook page, with its articles, participation in sessions, competing for grants, and participating in surveys.

The trainer ended the session by offering some advice, including how to use Facebook pages effectively, and stressed the importance of accurately setting targets, studying competitors’ behavior, planning editorial content and making sure that the budget fits the content, as well as benefiting from analysis, study of figures and evaluation for future planning.

This session was part of a series of training webinars in Arabic launched by the International Center for Journalists and the Meta Journalism Project, as a part of a program aimed to help journalists in the Middle East and North Africa to develop their skills. It is planned that the participants in the sessions will receive a certificate, and they will have the opportunity to apply for a grant after the end of the six sessions of the training.

To attend this session, which was presented through the Facebook page of the International Journalists’ Network, please click here.

To view the summary of the first session entitled “Opportunities and Challenges of Crowdsourcing in Journalism”, please click here.

To view the summary of the second session entitled “Guidelines for Analyzing and Understanding the Characteristics of Media Audience”, please click here.

previousRozana Organizes a Training on Creating Press Stories Through Podcasts